Our goal at Facet first and foremost is to render AI legible to human artists. Facet Specs is a new series of interviews that takes up the other side of that equation: sharing the stories and insights of photographers and engaging more deeply with their work and ideas.

Working with photography, painting, architecture and design, Cornelius Tulloch is is a category-defying artist. Having grown up in Miami and spent his summers with family in Jamaica, he explores the intersections between place, identity and everyday objects through a rich combination of mediums and approaches. For Cornelius, this fluid way of working is at the core of his own identity: “I always felt like I was existing in between two different cultures simultaneously,” he says. “Going through these different spaces, I was able to see how people and language were always changing, but also how we were connected and what made us who we are.”

Cornelius found his start in fine art at Design and Architecture Senior High in Miami (DASH). Producing paintings, mixed-media textiles and photographs, identity and the history of racism in the U.S. became an early touchstone in his work. “Study of Forms and Patterns of Commercialism and Factory Farming” is part of a series which finds, as Cornelius puts it, “parallels between the mistreatment of livestock in industrial societies and the veneration of these same animals in less developed countries. It also parallels to the mistreatment and oppression of Black people within the U.S. by using Factory farming to allude to the United States’ dark History when it comes to race”. The sober and detailed taxonomy of body parts in this series speaks to the procedural and systematized oppression of Black bodies in the United States’ prison industrial complex.

This kind of multidirectional focus on the ways in which complicated cultural significance can be held within quotidian objects is a strand which Cornelius has continued to carry through his work. “The Harvest”, a painting of a figure based on himself reaching with abject fear out of a bundle of corn, sees Cornelius using a different agricultural metaphor: “Black culture is constantly ‘harvested’ yet the people that make up this community are marginalized and often discriminated against for the color of our skin or the image that media portrays us as”. During his time at DASH, this double-bind prompted Cornelius to establish some foundational questions on which his subsequent work would be built: how can one create representations and spaces where Black culture can reclaim its autonomy, and how can one celebrate Black identities across boundaries and barriers?

How can a certain plant, or maybe even a certain product, or something that someone of a certain culture uses, express their identity and is an extension of who they are as a person?

After DASH, Cornelius began studying architecture at Cornell. By scaling up the size of his projects, he recognized that architectural design came with the possibility of creating genuinely new kinds of artistic spaces. Combining this with a move toward photography and outreach allowed Cornelius to dedicate his time exploring new ideas and dimensions in the relationship between art and identity outside of the disciplinary boundaries of architecture. He was an inaugural partner artist at ArtistsUntold, an online platform offering Black and minority creators opportunities to sell their work directly to their audience. The website started as IvyUntold, a campus magazine founded by Jordan Abdur-Raoof, showcasing stories of minority students at Cornell before Jordan grew it into a space which offers steady income streams to under-represented artists. At the same time, Cornelius was increasingly turning to photography alongside his painting as he travelled between Ithaca, Miami and Jamaica. He continued to explore ideas of shifting identity and place by photographing objects containing a wealth of cultural resonances. As Cornelius explains, he wanted to think about how “very common objects hold their own cultural tone and how these things represent aspects of us beyond our body. How can a certain plant, or maybe even a certain product, or something that someone of a certain culture uses, express their identity and is an extension of who they are as a person? In my photography, I focused a lot on one series using fruit to emulate the cultural identity of the Caribbean. My father’s from Jamaica and I wanted to create a dialogue around what a Caribbean island is through something that’s very stylized”.

Indeed, the photographs are all the more striking for their use of intense color to unify the qualities of the subjects with their surroundings; place, identity, bodies and objects are unmistakably in solidarity.

This series became “Fruits of Our Mother’s Labor”. Each photograph is a vivid study of members of Cornelius’ family holding various kinds of fruit commonly grown in the Caribbean. Every image contains a web of significations around nourishment, growth and vitalism, alongside a troubled and subtextual narrative of the Caribbean’s place in colonial history and the global food trade. All that said, Cornelius’ assertion of himself and his loved ones in their direct relationship with each item they hold is undeniably celebratory. The intensity of the relationship between hands and fruit reverberates with the energy of religious iconography. Indeed, the photographs are all the more striking for their use of intense color to unify the qualities of the subjects with their surroundings; place, identity, bodies and objects are unmistakably in solidarity. “As with my paintings,” Cornelius says, “I typically looked at [plants and fruit] as things to attach to myself in a physical way”.

While Cornelius prefers to steer away from sharp distinctions between mediums in his practice, and would instead prefer to focus on consistent narratives, “Fruits of Our Mother’s Labor” was an impetus for him to think about the differences and convergences between his painting and photography. When Facet sent out a call for an Artist ex Residence to work with their machine learning engineers exploring style and color transfers between different kinds of images, Cornelius was a natural fit. As accomplished and thoughtful with a paintbrush as he is with a camera, he was well-placed to produce work which united both toolkits in sophisticated ways. Out of his residency, Cornelius produced “Summer Fervor”, a photo series combining ideas and textures from his paintings with compositions and moods from “Fruit of our Mother’s Labor”. This collaboration with Facet marked an evolution both in his practice and the capacity for machine learning models to be used like artists’ brushes in ways that have not been possible before.

“As with my paintings,” Cornelius says, “I typically looked at [plants and fruit] as things to attach to myself in a physical way”.

Beyond his work with Facet, Cornelius has been the recipient of multiple distinguished awards and grants. He was awarded a U.S. Presidential Scholarship in the Arts from the Obama White House in 2016, won both the Design and Visual Arts prizes in the 2016 YoungArts competition, has work housed in the permanent collection of The Studio Museum in Harlem, received prizes in the Brooklyn Museum’s #Your2020Portrait competition and Oolite Arts’ Ellies Awards for photographs from his recent “Genesis” series, and is currently showing commissioned work in the exhibition do it (home) curated by Hans Ulrich Obrist.

Obrist’s exhibition, like most taking place today, underscores the radically changed conditions of artistic production and display during the Covid-19 pandemic. While his capacity to travel has been curtailed, Cornelius has nonetheless taken these limitations in his stride and continues to make distinctive art. “Genesis” documents the ordinary domestic situation of his quarantine in extraordinary scenes of intergenerational cohabitation back in his childhood home. Beautifully lit with his favorite orange and red tones, Cornelius explores the potential contained in the stalled time of isolation.

Identity and the future are never fixed, but energy can be found in pursuing ambiguity with the confidence to explore depths outside of the framework of the everyday.

Beautifully lit with his favorite orange and red tones, Cornelius explores the potential contained in the stalled time of isolation.

In one image from the series, “Birth of a Legacy”, we see Cornelius’ nephew fixing his gaze on the lens in front of a row of high school and college trophies with a rich red backlight glowing outside of the frame. The weight of conventional expectation for the youngest member of a family, carried by the presence of the trophies, is marked against the indeterminate presence of a light from elsewhere. Identity and the future are never fixed, Cornelius seems to be saying, but energy can be found in pursuing ambiguity with the confidence to explore depths outside of the framework of the everyday. “That is something that I always try to explore in my work. What are these things that make us human? What are the dualities that we can have? And I feel like that having no boundaries defines my personality. While I'm very expressive of who I am, I can be this way one moment and that way the next”.

Once his studies are finished and the world emerges into a new future after the pandemic, Cornelius hopes to continue traversing boundaries in his work. Exhibitions with ArtistsUntold, set-building for photoshoots, installation-design for a show at MoMA, fashion events, ephemeral architectural installations and creating more spaces to facilitate diverse voices are all on the cards for his next steps. While each discipline obviously requires specific attention, Cornelius’ creative consistency builds bridges and carries his practice across these divisions. Ultimately, as he says “it’s really just about telling a complete story. How can I tell my story or someone else’s story, and be able to visually communicate this through an artistic practice? With my background in art and design in a very Bauhaus way of making things, I have been able to just create. I think at the end of the day this is what I find most valuable”.

You can see more works by Cornelius Tulloch here and on Instagram.

Previous Features in the Series

#1: Gabriella Achadinha — Always recognize those who have that fire in their eyes

#2: Kristina Varaskina — Extending the artistic brain through the camera lens

Facet is in early access. Skip the waitlist, and get access to our new image editor with this code: facet.new/specs. 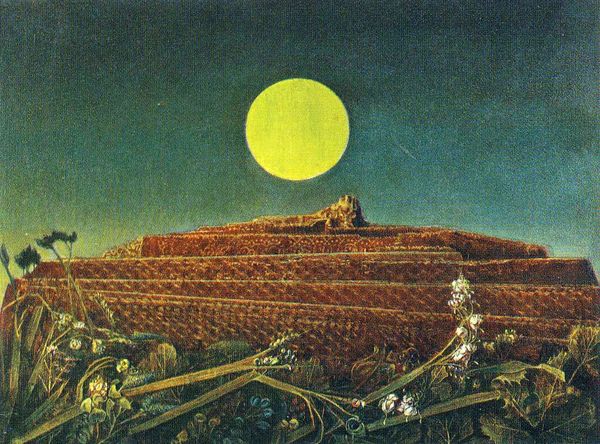 Dear Facet Community, Welcome to 2023! If the last few months have been any indication, this year is going to be truly historic for slinging pixels. Since day one at Facet, our vision has been one of humans and AI working together as close collaborators, leveraging each other’s unique 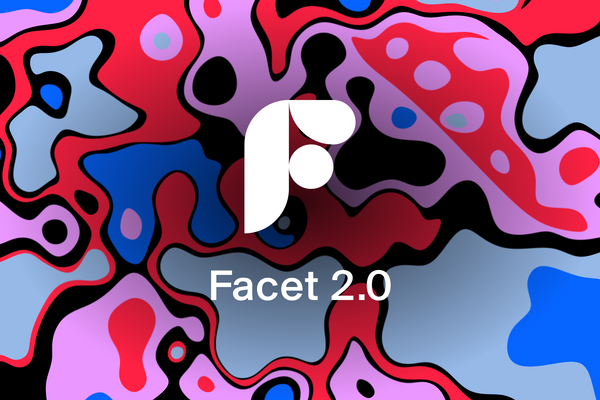 Today we’re excited to announce a completely new Facet—2.0. Every aspect of Facet studio is streamlined and turbocharged to accelerate your image production needs. 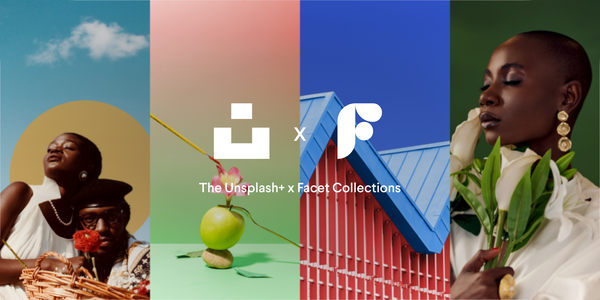 Unsplash+ x Facet is a collaboration that features four new image collections by Facet artists. These brand new bodies of work include photographs of portraits, still lifes, architecture, and more.